The Pennsylvania Apartment Association was formed on January 1st, 2020 when the three NAA affiliates PAA-West, PAA-Central and PAA-East formed one state association. Although each affiliate is now known as the PAA, each association has a history to share of how we got to where we are today. PAA has begun their new chapter for the state. 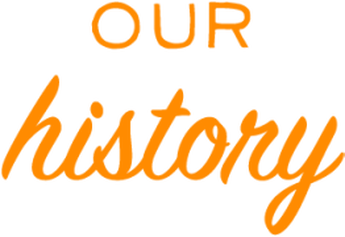 PAA-East was formerly known as the Multi-Family Housing Council of Southeastern Pennsylvania and affiliated with the Pennsylvania Builders Association and the National Association of Home Builders. The association was created within the multi-family building industry to advocate and improve the multi-family housing construction, ownership and management techniques and practices. In 1982 the association was formed as the Apartment Association of Greater Philadelphia (AAGP), and in 1996 joined the National Apartment Association as a local affiliate with the state charter. In 2013 the association changed its name to the Pennsylvania Apartment Association East (PAA East) with chartered jurisdiction of Bucks, Chester, Delaware, Montgomery, Philadelphia counties. In 2017, new counties Northampton, Monroe and Pike were added. The PAA-East represented apartment owners and associate members who provide products and services in the multifamily industry. The original intention of the association still held true as of 2019 when the affiliate closed it doors to form the PAA state association, as a non-profit organization that provides it members a professional platform through education and events, while advocating for our industry.

The History of the PAA-West

"Educate, advocate and engage the rental housing industry to positively impact our members and the communities they serve."

At PAA-Central, the purpose was to educate consumers, commercial stakeholders, and the industry, about the association and the multifamily industry. PAA-Central focused on this market from business benefits and environmental efforts, to trends and advice. PAA-Central provided information to their members and their customers for close to 20 years.